KOJI OTSUKI, was the first-ever guest conductor of the Bach Collegium at the 2019-2020 Season’s Opening Night Concert with two of the three Bs, Bach and Brahms.

Koji is a versatile performer, teacher, and […] 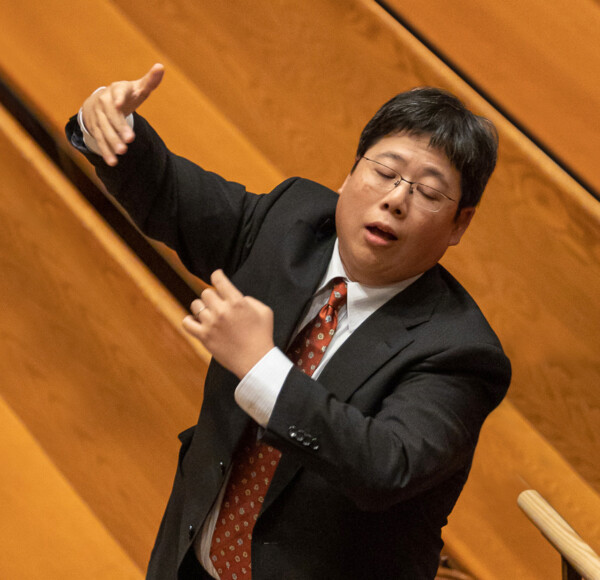 Koji Otsuki is a conductor and Bach specialist focused on the historically informed performance of Bach’s sacred vocal works. His mentors include Helmuth Rilling with whom he studied at Oregon Bach Festival over three festival seasons (Eugene, Oregon) and at Bachwoche 2004 (Stuttgart, Germany) with a scholarship from the Internationale Bachakademie Stuttgart. After receiving a master’s degree in choral conducting from Temple University, he immersed himself in Bach studies at the Tokyo University of the Arts as a Japanese government research scholar under Masaaki Suzuki, artistic director of the Bach Collegium Japan. While in Tokyo, he also studied the baroque violin, flauto traverso, baroque voice, baroque trumpet, and early music ensemble with foremost experts of our time. A firm believer of informed and insightful music-making, Koji, after his return from Japan, continued his baroque violin and early music ensemble direction study with Stanley Ritchie et al. in a doctoral program at Indiana University, and had performed occasionally in some baroque ensembles in the Midwest before returning to Philadelphia.

The Gamut Bach Ensemble founded and directed by Koji appears regularly in the concert series by the Philadelphia Chamber Music Society, and its concert each season has been one of the highest-attended in the series.  He is also head music librarian and Bach cantata coach at the Marlboro Music Festival where he collaborates with pianist Mitsuko Uchida, violist Nobuko Imai, cellist Christoph Richter, and other senior artists, along with exceptionally gifted young musicians. After two separate stints as a conducting instructor at Temple University, he has been expanding his career as a player of the violoncello da spalla and Bach instructor. Koji’s recent international academic engagements include the Shanghai Conservatory of Music in China (November 2016), National Taiwan Normal University in Taipei (September 2017), and the Aichi University of the Arts in Japan (Fall 2018).